Food, fun & festivals in the magical city of York

York Events To Look Forward To In 2017 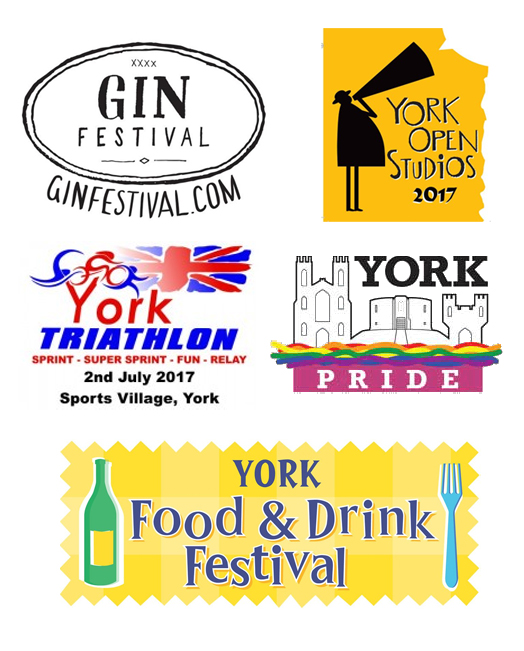 Let’s get some dates in that new diary…..

The Gin Festival is back again, this time at York Barbican, York, YO10 4AH on Friday 24th February – Saturday 25th February.

Sample a range of different gins and find your future favourites.

After struggling to rebuild after the floods, York’s hugely popular tourist attraction will reopen 8th April 2017.

Bill Kenwright’s production of Andrew Lloyd Webber and Tim Rice’s Evita will be at The Grand Opera House in March.

The date for York Pride 2017 is Saturday 10th June 2017! An important, popular and fun event around the City of York.

York’s best pop-culture & comic convention will be returning in 2017 at York Uni. Date to be announced.

York Food Festival is always a favourite of ours, the dates for 2017 are:

This event sees artists across the York area welcoming visitors into their studios.

This exciting sporting event will be held on 2nd July at York Sports Village, York, YO10 5FG.

What are you looking forward to most in 2017?

I'm a web content creator and freelance copywriter based in York, UK. With a history in digital marketing, I now work for a leading online retailer managing the web content team with a focus on online merchandising. My freelance work often focuses on nutrition, wellbeing and cookery whilst in my spare time I enjoy fantasy, fairytales and fiddle playing. I write on Out About York, uncovering the best of York's food, festivals and frolics. When I'm not writing you'll find me cooking and eating, watching movies or exploring York via tandem or boat.

Search Out About York